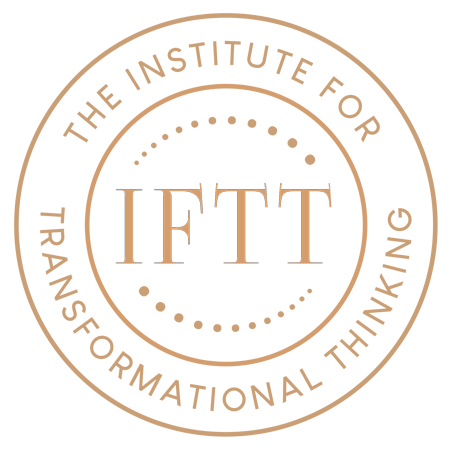 Exploring the Transformative Tools of a Thought Coach

Founder & President of The IFTT

As a Life Coach, I counsel and motivate people in their careers and in their personal challenges and obstacles. I’ve found that the number one issue my clients need help with is managing their overall thought process.

One client in particular made this very apparent to me. We began an inquiry that led her to challenge her thoughts and hold them up to scrutiny. (This method later became the basis of my book, Says Who? How One Simple Question Can Change the Way You Think Forever.) We used the power of this mindful technique to transform her negative and fear-based thoughts.

This client came to see me for what would be considered a life coaching session, where I’d employ my coaching expertise to motivate and encourage my client in using her abilities. These sessions were like a tune up for a car -- you “adjust the instrument” to perform at its best. But what I soon realized about that particular approach was that no matter how much motivation, encouragement or “tuning up,” some people were caught in a mindset that allowed the problems they were experiencing to reappear over and over again. What wasn’t being addressed deeply and thoroughly were the thoughts getting in the way of any motivation and encouragement offered.

In this case, my client was dwelling on a thought that only served to sabotage the goals she was working so hard to achieve. She’d come to me for advice on a business decision, but what she shared early in our session was a recurring thought she experienced, which she described as “disturbing and scary.” To my complete surprise, she told me, “I’m afraid I’m going to be homeless and penniless.”

What struck me as most unusual about her fear was how incongruent it was with what she was setting out to do, which was to start a new business. I felt I was in the presence of someone with two minds -- one that was creative and proactive, and the other completely paralyzed by fear.

What came up for me when she said that was, “Says who?” I wanted to know who was voicing that thought in her head. In other words, where did it come from? I was going completely on instinct at that point and felt strongly that her fearful thought of being homeless and penniless didn’t begin with her. I sensed it most likely had come from someone else.

I went out on a limb and asked, “Says who?” And then, “Who’s saying that thought in your head?” She looked completely taken aback. Clearly, she hadn’t ever asked herself that before. I went one step further and asked; “Have you ever heard someone say that before -- that you were going to be homeless and penniless?”

And that was it! That was the question that reached into her gut and pinpointed the source of her fear.

This confident woman who had undertaken to start a new business suddenly looked like a vulnerable and frightened child. Her eyes widened as she realized something. “Oh my God!” she cried. “My father always used to say that when I was little. He was in and out of work a lot, and when money was scarce he’d say adamantly, ‘We’re going to be homeless and penniless. We’re going to be out on the streets!’ It really frightened me.”

“Bingo!” I thought to myself. I strongly suspected that her fear didn’t originate with her, and that it had come from someone else.

I asked, “Can you see that this was your father’s fear, not yours?” She pondered my question, and then answered, “I never connected that before. I’ve never asked myself that question.” I explained how we don’t usually question our fear-based thoughts, but instead accept them readily. Those types of thoughts can have a very negative effect on our lives if we don’t look closely at them and determine if they’re real or not -- or even if they belong to us. She’d lived most of her life with a tremendous fear that, had it been left unattended, could have prevented her from achieving her business goals, which she went on to do successfully.

Her fear-based thought would have continued to surface and she’d have had no power over it. She would have been at its mercy.

My client went on to ask the “Says who?” question, and, like many others, she claims that the negative and fear-based thoughts that used to hold her hostage no longer had the same upsetting influence. She’d come to realize that the thought wasn’t real or valid and was ultimately useless to her in pursuing her goals and dreams.

Now I use my “Says who?” method to discern whether clients’ thoughts support their well being, and if they decide they don’t, I teach them how to dismiss them as meaningless.

The positive results of this work inspired me to create a Thought Coach Certification program. The program certifies Thought Coaches to effectively teach the “Says who?” method that helps people deepen their understanding of how their thought process works. My hope is that others can overcome their fears by transforming the very thought that causes it.

Like a Life Coach, a Thought Coach can encourage and motivate clients and offer “tune ups” when needed. But a Thought Coach realizes that reaching top performance comes from “transformational thinking” in order to change negative and fear-based thoughts into positive, constructive, productive and, ultimately, life-affirming ones.

Ora Nadrich is founder and president of the Institute for Transformational Thinking and author of "Says Who? How One Simple Question Can Change the Way You Think Forever". A certified life coach and mindfulness teacher, she specializes in transformational thinking, self-discovery, and mentoring new coaches as they develop their careers. Contact her at theiftt.org.